This happened a long time ago and is a true story!

So back in 1995 I moved 25 miles from my home town, close to where I live now. I moved on my own and didn't really know anyone nearby, but needed more space than my current 1 bed flat had to offer as cakes had begun to take over my life!

It was a lovely warm sunny day, I can't remember the date but somewhere around 1996/1997 and I'd taken the afternoon off work to get on with a wedding cake which I was making for a wedding a few days later.

At this time I was working with my friend Clare as Iced Images and we shared the work between us as we both worked full time.

So I was decorating this wedding cake, no idea which cake it was so no pictures here, just me rambling. Set the scene, beautiful day and I had the back door to my dining room open and I was sitting at my table working away with my back to the door.

I was working away "in the zone" absorbed by what I was a doing and then for some reason I looked behind me on the floor! On the floor looking back up at me was this frog/toad sitting on my carpet. I have no idea if it was a frog or a toad and I don't really care because what species it was, was not really the issue, the issue was that there was this animal in my house and it shouldn't be there.

It seemed like aged but I stood there looking at it not knowing what to do, but my main concern was the frog getting to the cake. Should I move the cake or move the frog first, what was most important ?? So after what seemed like an age, but was probably only a couple of seconds I picked the cake up and ran up stairs and placed it in my spare room with the door shut.

This was a risk as the frog/toad could have jumped further in my house and it might then prove harder to find, but luckily it was probably as surprised as I was and was still sitting on the carpet where it had landed, but now the cake was safe what was I going to do about the frog?

Not knowing anyone locally except my neighbour I ran out into the garden to see if he was around as he often worked from home, but no he wasn't there and the frog/toad was still sitting on the carpet in my house. There was NO WAY I was going to touch him or pick him up and I had to get him out of my house before he jumped further in or behind some furniture.

So my apologies here to any animal lovers, but there was a broom by my back door so I picked it up and gave the frog/toad a little nudge towards the back door. It sat there for a minute not moving so I nudged it again. With this the frog/toad hopped forward out the back door and into the garden!

Phewww, the cake was safe and from my back door I watched the frog/toad happily hop off to where it had come from. I closed the back door and opened a small window which hopefully frogs/toads cant jump through.. I ran upstairs collected my cake from the spare room and carried on where I had left off!!! 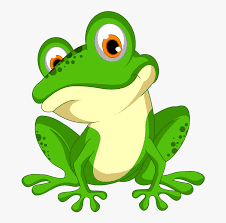 Popular posts from this blog

What size wedding cake do we need for our wedding? 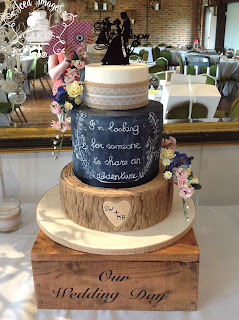 This is the question I get asked a lot as I am sure you can imagine. I know that some cakemakers have a formula for working out how many portions are needed and hence what size cake a couple should have but that’s not something I am particularly keen to use and, I don’t know what it is anyway!   When discussing ideas and sizes with my couples I always suggest that they bear the following in mind: - ·         If you order a cake for 80 guests, then there is no way to make sure that each of your 80 guests all get a piece for cake. You can’t control what people eat unless it is served up to them, say at the sit-down meal. Wedding Cake with double height middle tier  ·         The number of portions your cake cuts into will depend on who cuts it. This is usually the venue, or the caterers and they are unlikely to measure each piece to 2 x 1 or 1x1 inches exactly. If you order a cake for 80, then 80 should be the minimum number of portions you get from it. ·         If you h
Read more 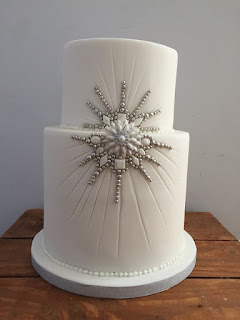 I love the simplicity of this beautiful cake. Its actually a 3 tier cake iced to look like a 2 tier with the bottom tier being double height or double barrel. I indented the cake to give it the ruched effect and then added an edible broach made using a  Karen Davies Moulds and added various sparkles and gem shapes using dragee balls and sugar paste shapes to make a star! This cake would be great for a small intimate wedding where you aren't having too many guests, or for a birthday or other celebration. This cake was 2 x 8 inch round on the bottom and 6 inch round on the top. I personally don't think it would work in bigger tiers but you could add additional tiers and make the double barrel cake as the middle tier! Just an idea!!!
Read more

Iced Images Cakes
I LOVE anything sugarcraft related, but specialise in making wedding cakes and sugar flowers. I set up my business in 2012 and now make wedding cakes as my full time job. I particularly enjoy making fun, unusual, brightly coloured wedding cakes with either sugar florals or models. I also make buttercream wedding cakes. Not only is sugarcraft my business its also my hobby and I will make flowers and models for my own enjoyment, not just as part of my business. I love meeting new couples, making the whole wedding cake process smooth and easy from start to finish with a professional friendly service.